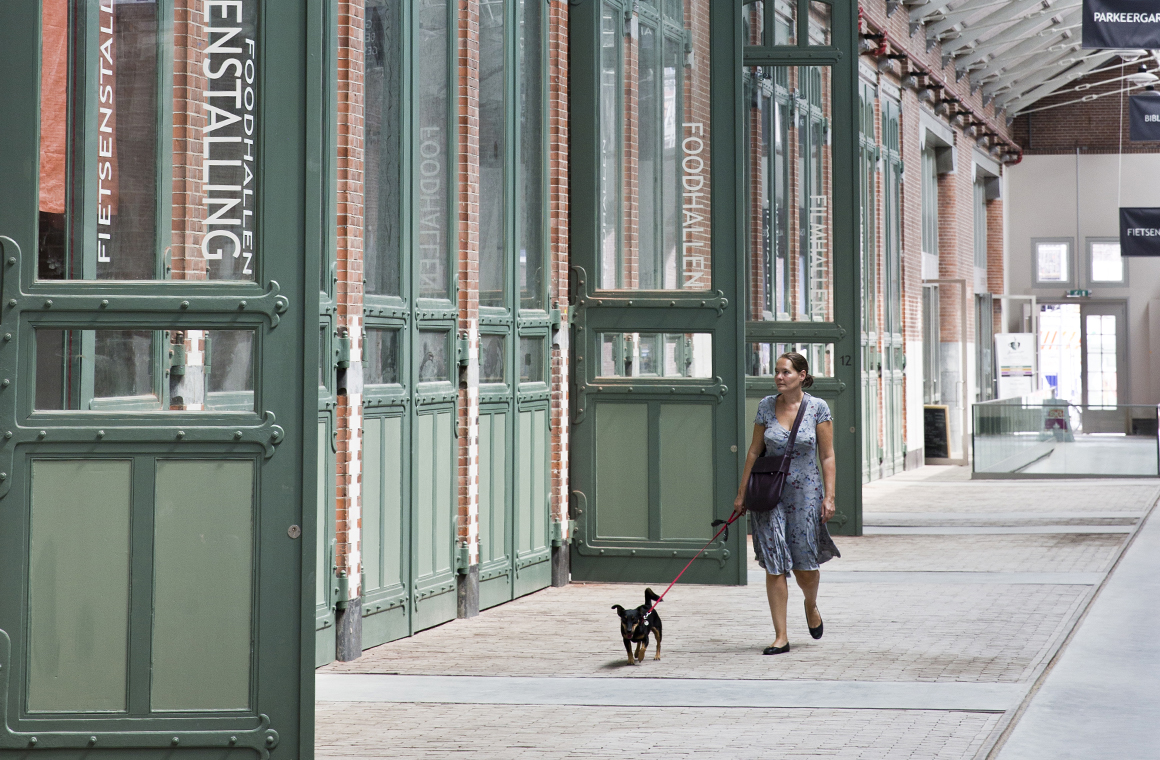 " De Hallen is the star attraction of Oud-West—definitely not to be missed if you love food! "

Joan de Haart, our local from time to momo Amsterdam

Over the last few years Oud-West has become incredibly popular among young people in their 20s and 30s. This is due in part to the many trendy coffee bars and affordable eateries that have opened up here. In the Kinkerbuurt (Kinkerstraat neighborhood) new life has been breathed into Amsterdam's first electrical tram depot. Built in the early 20th century, it has been open to the public since 2014 as De Hallen—a center for media, culture, catering, and crafts. This new hotspot is a great place to eat, drink, or go to the cinema, and interesting events are organized here monthly, such as the Local Goods Market. This walk is for culture lovers who enjoy visiting museums. Museumplein is, of course, not to be missed. You'll see a lot of interesting architecture, both modern and historical. And the walk also caters to those who like to eat well—there are numerous cafés and restaurants on the Overtoom and in the new Hallen. It's a long walk that can also easily be done by bike.

The walk begins at the Rijksmuseum, the Stedelijk Museum, and the Van Gogh Museum, which have all been significantly renovated in recent years. The Rijksmuseum reopened its doors in 2013 after a 10-year renovation, and is now more impressive than ever. On display are 8,000 objects in 80 magnificent rooms, spanning 800 years of Dutch art and history. Highlights include Rembrandt’s The Night Watch and Vermeer’s The Milk Maid.

You can walk through Amsterdam's best known park, the Vondelpark, as you continue toward Oud-West and explore the many creative businesses that have set up shop here in recent years. The Kinkerbuurt (Kinkerstraat neighborhood) is home to one of the city's newest cultural and culinary hotspots: De Hallen. This former tram depot was built in the early 20th century, and has been open to the public since 2014. It's a great place to eat, drink, or go to the cinema.

You will also walk through the charming Bellamystraat, which is like taking a step back in time. The street is still at the old, lower, polder level of all the villages around Amsterdam before the city’s expansion in 1865. Now it stands out among the newer buildings from the second half of the 19th century.

All routes from Amsterdam

Our favourite hotels in Oud-West

These are the best hotels, specially selected for you by Joan de Haart, time to momo Amsterdam local.
Did you know you will get a free time to momo guide, app or route with every booking? Read more...

All our favorite hotels in Amsterdam